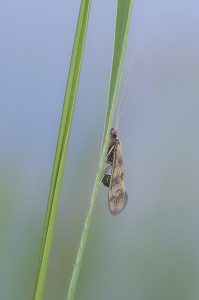 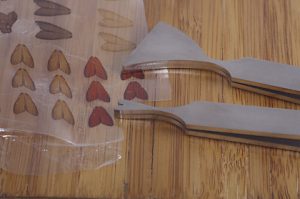 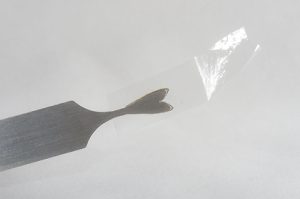 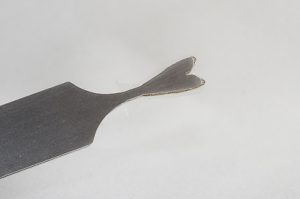 Place some printed film in the wingburner and cut away as much as possible. 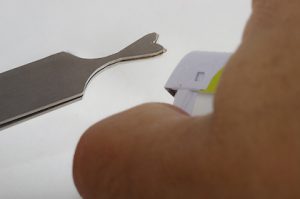 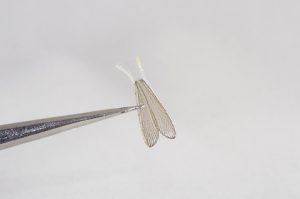 Burn the edges and remove the wing. 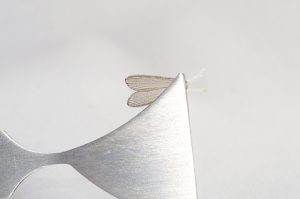 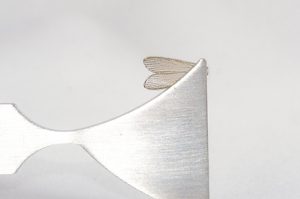 Place the wing in the extra wingburner to remove the tag.
When you are using an inkjet printer you have to do this and burn the wing all around. Cut away the tag. 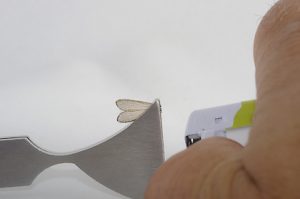 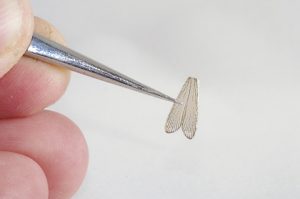 Burn the edge, a small rim will be melted on the base of the wing. We use this rim to ty in the wing properly. Remove the wing.The wing is finished now. 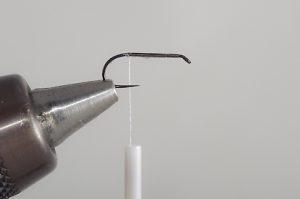 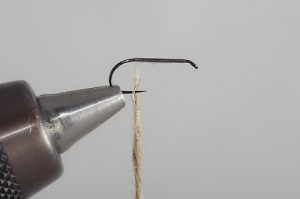 Start your thread and wind back well onto the bend of the hook. Put some brown or grey dubbing on the thread to make a body. 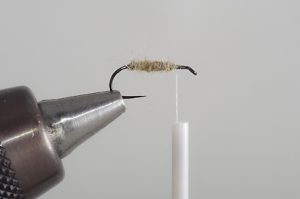 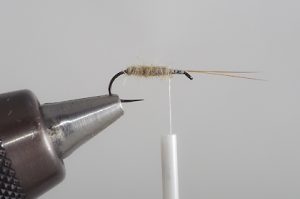 Make the body. For antennas I use two microfibers. Even the fibers and melt the ends together. Tie in the microfibers tightly and trim the waste. 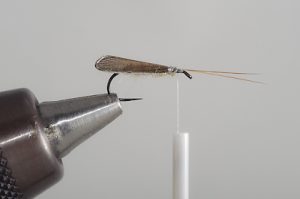 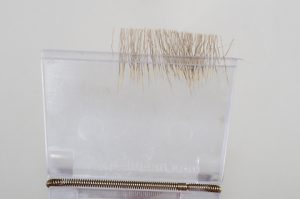 Tie in the wing. Cut some deerhair and put it in a clamp. 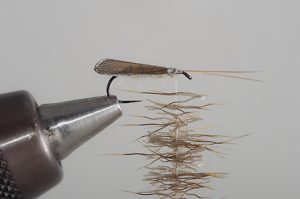 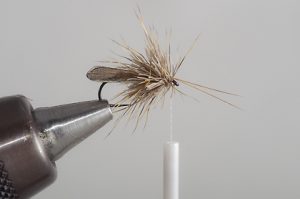 Split the thread, put some deer hair in the loop and spin the thread. Wind the collar with the deer hair. 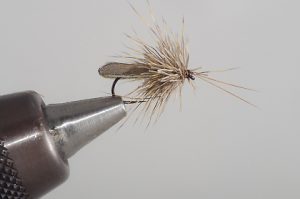 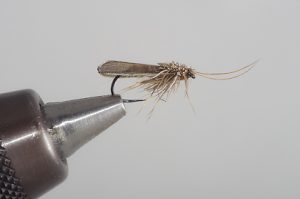 Whip finish the fly and trim the thread. Cut away the deer hair fibers on both sides and on top of the fly. 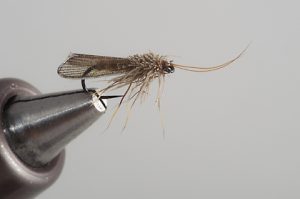 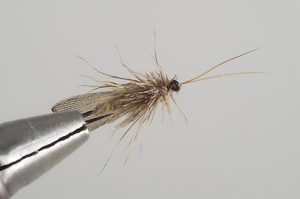