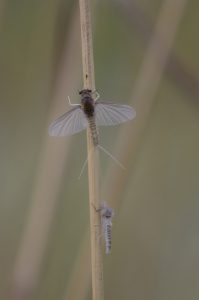 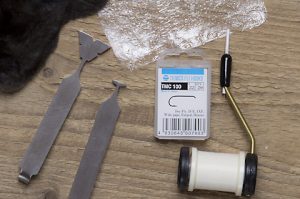 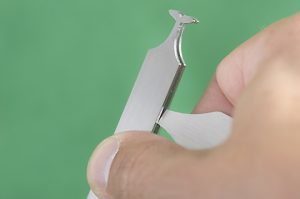 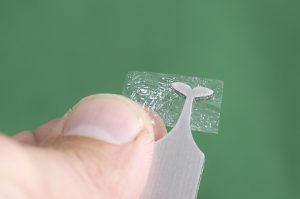 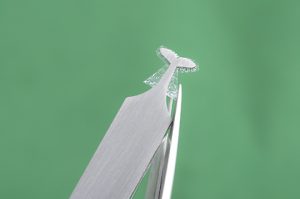 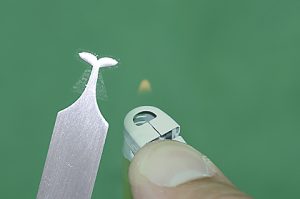 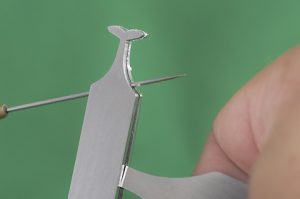 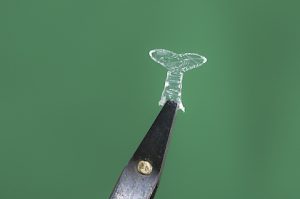 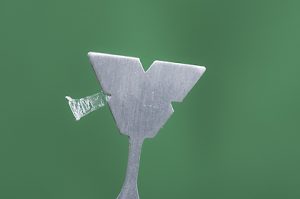 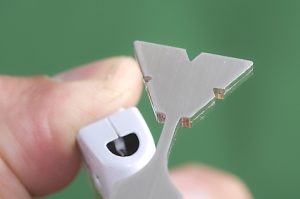 Place the wing in the wingburner. The tag has to be positioned in the triangular gap. Trim the tag and burn the edges. 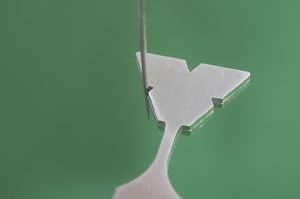 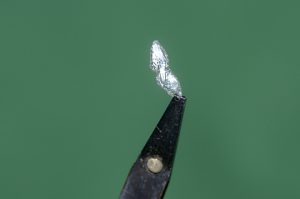 A hot needle will melt the film well into the triangular gap. Your finished wing will look like this. 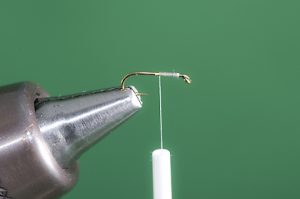 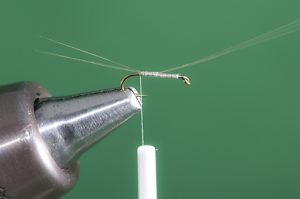 First trim a piece of 10cm spiderweb, we use this later to spread the tails.
Set up thread till halfway the hookshank. Tie in 3 microfibers and do the last turn with the thread underneath the tails so that they are a bit lifted up. 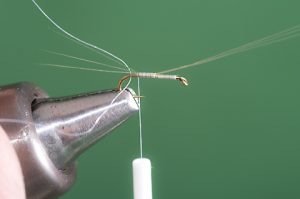 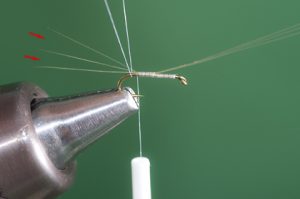 Place the piece of spiderweb in the hookbent. Take boths ends of the spiderweb and move them forward just in the middle of the three tailfibers. 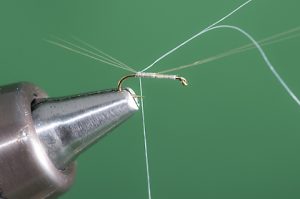 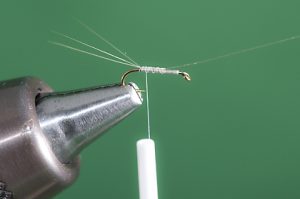 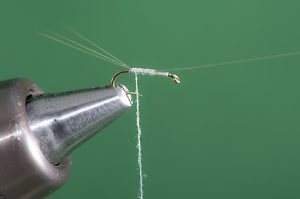 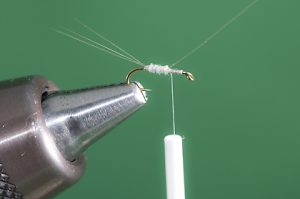 Use some wax on the thread and apply a very sparse amount of white cream colored dubbing and make an abdomen. 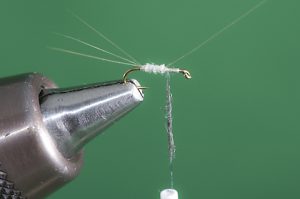 Apply some black mole dubbing on your tying thread. Make a small thorax with the black dubbing. 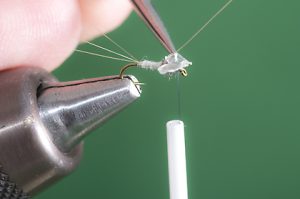 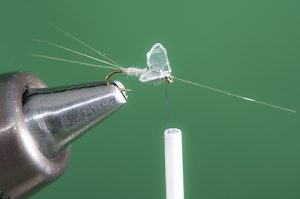 Take the wing and place it on top of the thorax. Pull the microfiber forward over the wing and fixate the fiber with some turns of your tying thread. 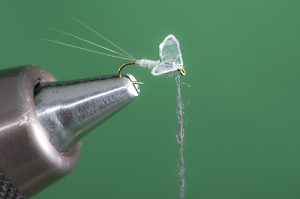 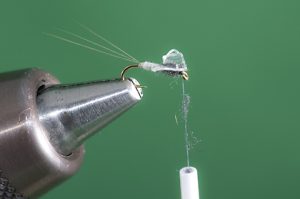 Trim the microfiber and again apply some black mole dubbing on your tying thread. Make with your dubbing a figure 8 turn, two turns over the wing and two turns underneath the wing. 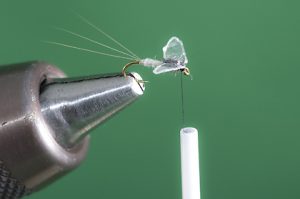 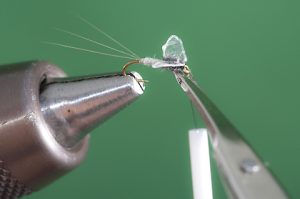 Remove the dubbing that is left and color the thread black. Whipfinish the fly and trim the tying thread. 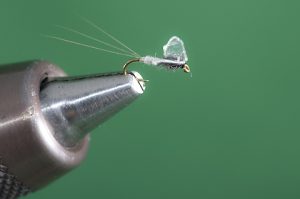 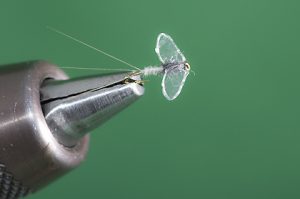 The finished fly. Grease the tail fibers and the wing and your fly floats like a cork. 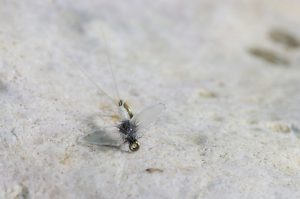