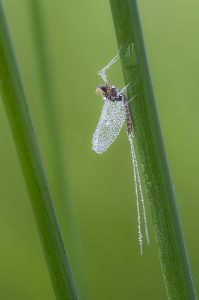 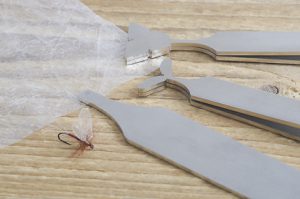 The wing I use for this pattern is made out of some layers of clingfilm laminated together. 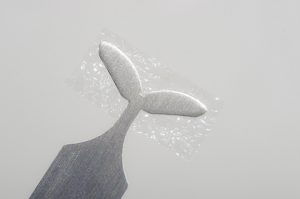 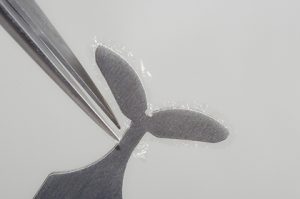 Place a sheet of wing material in the wingburner and trim as much of the waste along the edges. 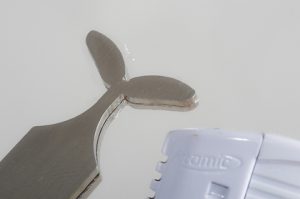 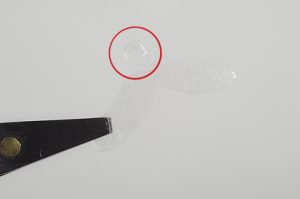 Burn the edges. Remove the wing from the wingburner. Notice the tag that is left in the middle of the wing. 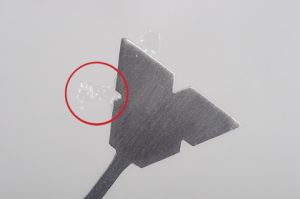 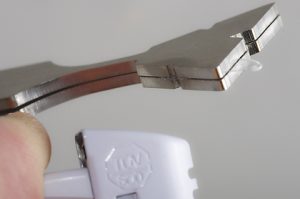 Place the wing in the extra wingburner for mayflies. Place the left over tag in the gap of the wingburner, trim the tag and burn the edges. 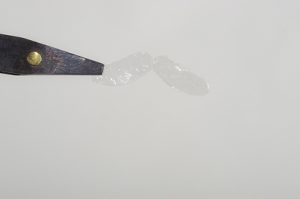 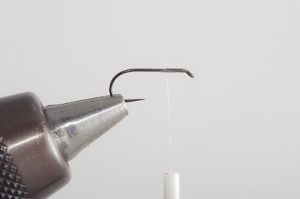 When the wing is removed, the result should look like this. Wind the thread till halfway the hookshank. 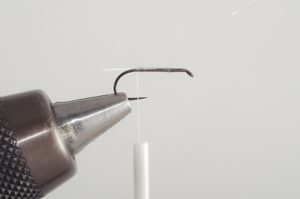 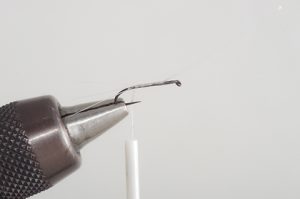 Take 3 microfibers and melt the backsides together. Now they cannot move when you are working on it and the length of all tails will be the same. Ty in the fibers. The last winding should be done underneath the three tails. They will allready point up a little. Don’t trim the ends of the microfibers, they will be used for tying in the wing.
Split the tails with some wraps or use a tiny drop of superglue. 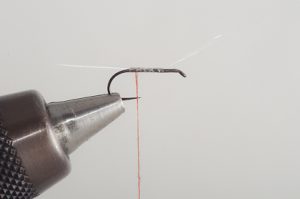 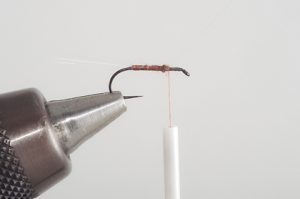 Dub the thread using some wax. Make a slim abdomen and stop at the ends of the microfibers. 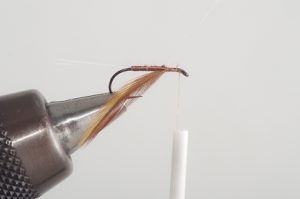 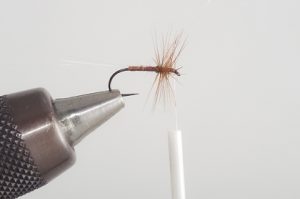 Ty in a hackle. You only need a 4 or 5 turns to form a sparse hackle. Hackle the body and leave the microfibers pointing up at the back of the hackle. 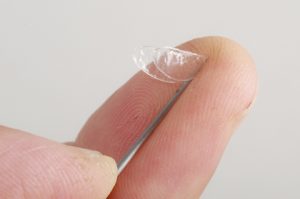 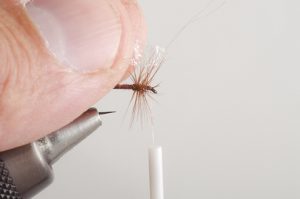 Fold the wing and grab it by the tips. You can use all 3 microfiber ends to tie in the wing but 2 or 1 will also do the job. Slide the wing over the microfibers. 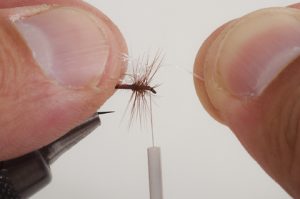 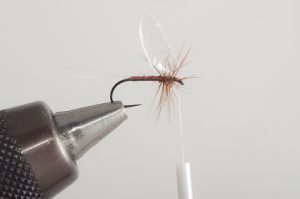 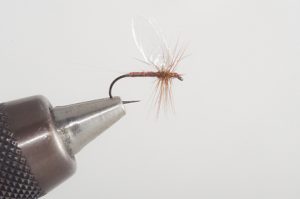 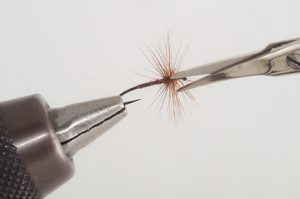 Trim the microfibers and your dun is finished. For a better print you can cut out a small V of the hackle. 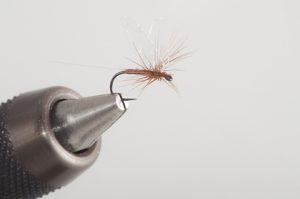 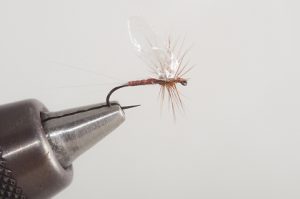 When the problem occurs of a rotating fly when fishing, you can grab both wings, apply some superglue and press them together. One single wing is created this way and stands upright like a sail. The fly will not rotate anymore. Using a shorter and little thicker (+0,02mm) leadertippet will work also. 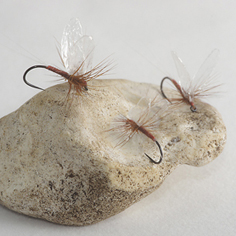